A Fayetteville-Manlius High School student will spend a portion of his upcoming summer vacation studying in Germany.

Junior Daniel Popp was recently awarded a three-week trip to Germany following his participation in an annual awards contest sponsored by the Goethe Institut, which is a non-profit cultural association that promotes the study of German language abroad.

The contest, which is open to all middle and high school students who are enrolled in a German program in the United States, Mexico or Canada, requires that participants complete and submit an online quiz after watching a designated film. Traditionally, the quiz features 11 questions, 10 of which are multiple choice and focus on the film’s topic. The test concludes with a short-answer question, which usually draws upon students’ German knowledge and is unrelated to the video.

For the 2018 contest, students screened an 11-minute video titled “Wunderbar Together: The Year of German-American Friendship.”

Because he earned the highest contest score among U.S. participants, Daniel achieved the 2018 Award of Excellence scholarship, which includes an all-expenses paid trip to Germany where he will study a three-week language course in a location of his choosing. The scholarship also covers travel fares, accommodations (with full-time supervision), meals, day trips, a recreation program membership and enrollment in medical and accident insurance. 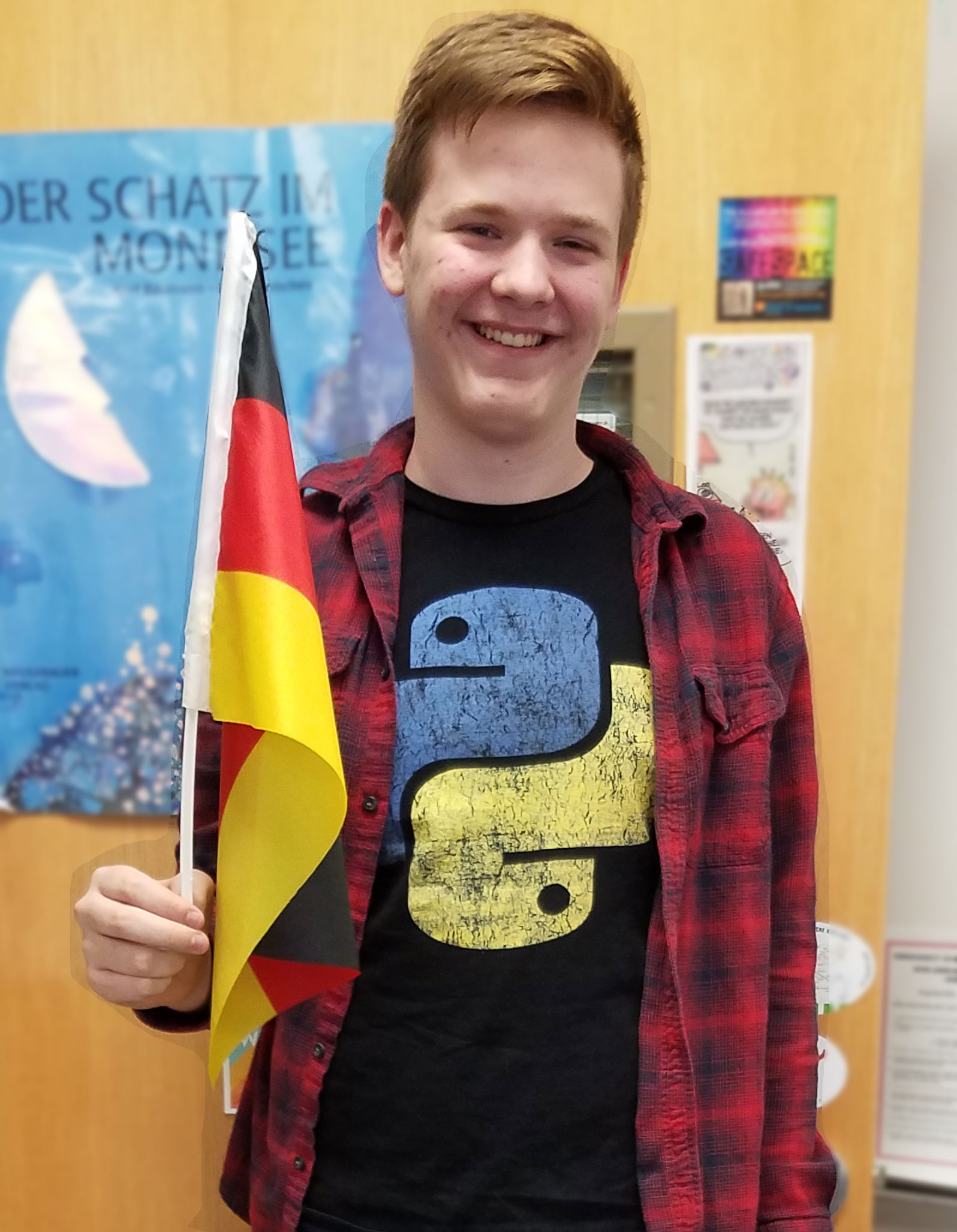