Through lectures led by guest speakers, presentations, and open forum discussions, convention participants spent a portion of the four-day event learning about the history of Martinique, which is a mountainous and densely-populated overseas department of France, shared teaching resources, and discussed how a student-centered learning approach and interpersonal cultural activities could attract more foreign language students.

During the event, Dr. Mahns and Bob Jones University’s Modern Language and Literature Division Chair Dr. Jeremy Patterson presented a session to colleagues focusing on literary manifestos from the French-speaking Americas (Quebec and the Caribbean). She also achieved third place during the convention’s dictee contest – a traditional French practice that tests participants’ language mastery through spelling and grammar exercises.

Founded in 1927, the AATF is the largest national association of French teachers in the world. The organization is comprised of 70 local chapters and is governed by a national executive council of 18 members, according to its website. 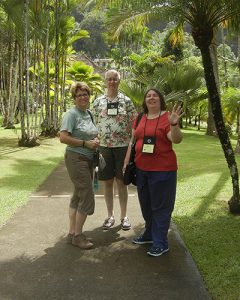