A Fayetteville-Manlius High School student was recently recognized for 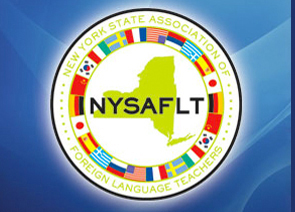 New York State Association of Foreign Language Teachers (NYSAFLT) has named senior Sarah Crovella this year’s Fulvi Student Scholarship Award for Excellence in Foreign Language Study recipient. This annual award is given to a high school student enrolled in the highest level of foreign language study who has an average of 90 or better and has demonstrated a strong interest in languages.

NYSAFLT selects one first-place and one second-place winner each year from each of the state’s five regions.

Sarah studies Spanish and Latin languages and earned the second-place Philip A. Fulvi Award for the Central New York region. She was nominated for the award by AP Spanish teacher, Pam Mitchell and AP Latin teacher, James Hunt.

NYSAFLT strives to promote the study of languages and cultures as outlined in the state and national standards, according to its website.