Fayetteville-Manlius School District staff members are partnering with community organizations to educate students about the dangers of opioid abuse.

In June, Eagle Hill and Wellwood middle school eighth-graders participated in “See Something, Say Something, Save Someone,” a workshop that through education and interactive activities provides students with more information about the dangers of opiates, including heroin.

For the first time in U.S. history, a leading cause of death — vehicle crashes — has been surpassed by opioid overdoses, according to the National Safety Council’s 2019 report on preventable deaths. Americans now have a 1 in 96 chance of dying from an opioid overdose, according to the council’s analysis of 2017 data on accidental death. The probability of dying in a motor vehicle crash is 1 in 103.

During the two-hour program, which was held at Eagle Hill on June 5 and Wellwood the following week, students rotated through sessions led by Manlius Fire Dept’s first responders, Prevention Network representatives, F-M students and staff members, and Mark Frank, a community member whose family has been impacted by substance abuse.

“This is the closest to an overdose we ever want you to be,” Lt. Halliday said during the simulation.

During the mock scene, Lt. Halliday warned students about synthetic opioids such as fetanyl and carfentanil, which he said are very potent and often added to heroin. He discussed how the opiate antidote Narcan (or naloxone) is not a “magical elixir,” especially when a drug is laced with additives.

“Fentanyl and carfentanil are stronger and more addictive than heroin itself,” Lt. Halliday told students. “It’s a one and done. One injection and you’ll become a hooked user for life.”

Students also discussed with a group of Fayetteville-Manlius High School students some healthy alternatives to managing life’s stressors and the importance of eliminating mental illness stigma. 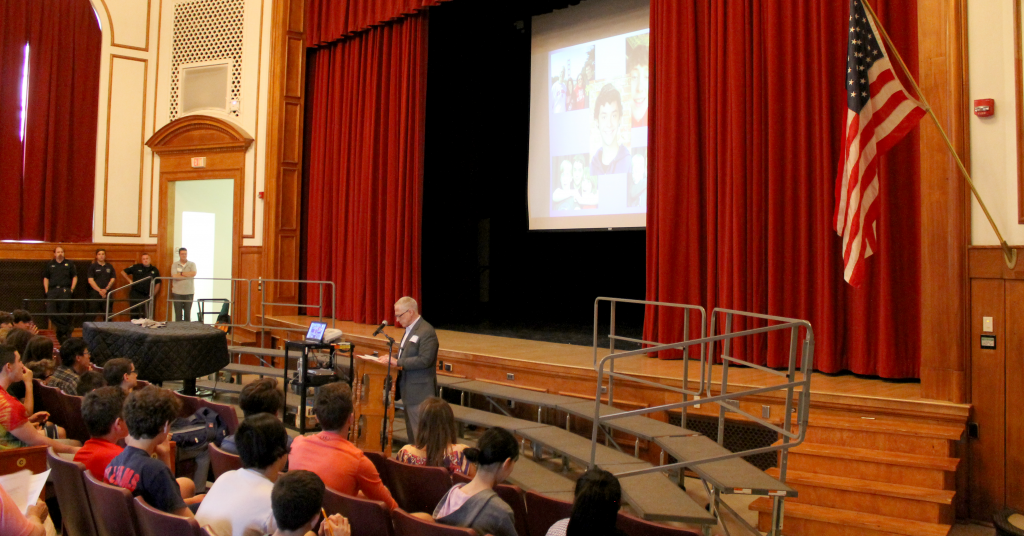 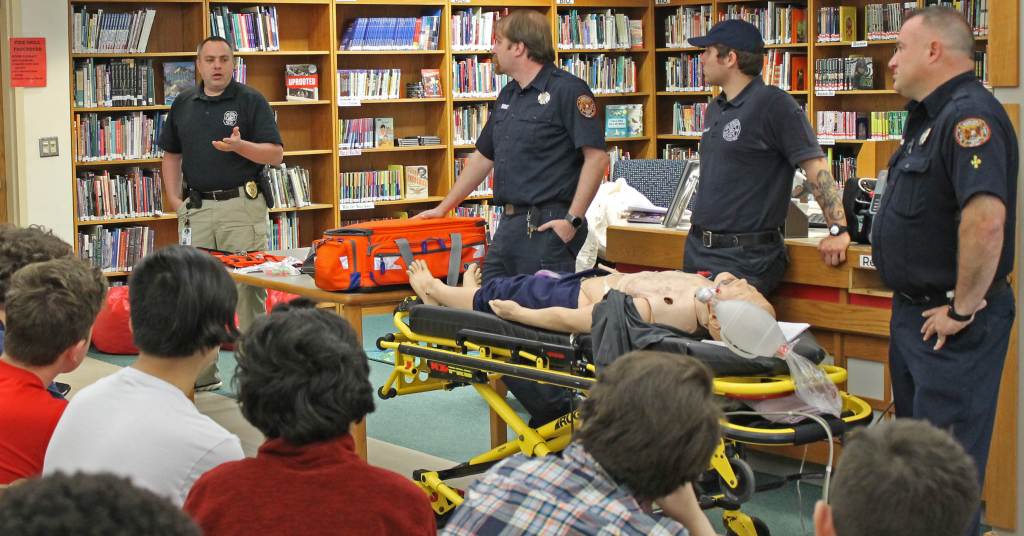 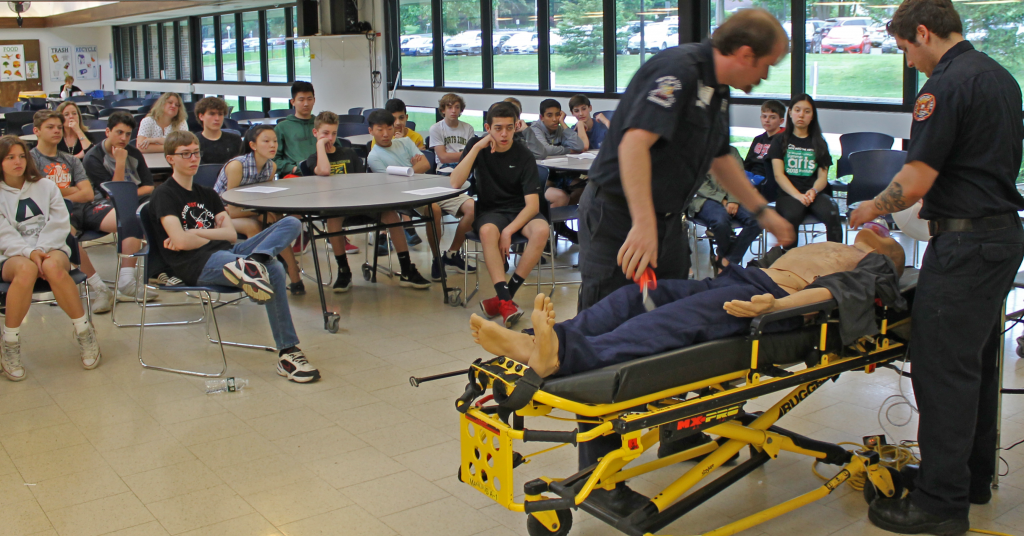 In front of an Eagle Hill Middle School student audience, Manlius Fire Department first response members attempt to save a life during a simulated overdose scene. 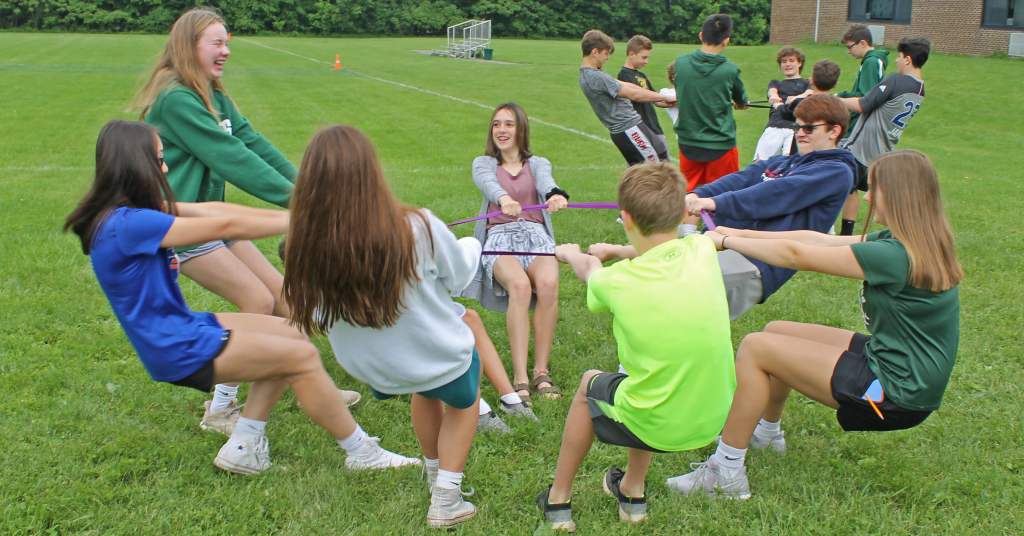 Eagle Hill students participate in activities that visually and physically demonstrate the impact that drug abuse can have on a community. 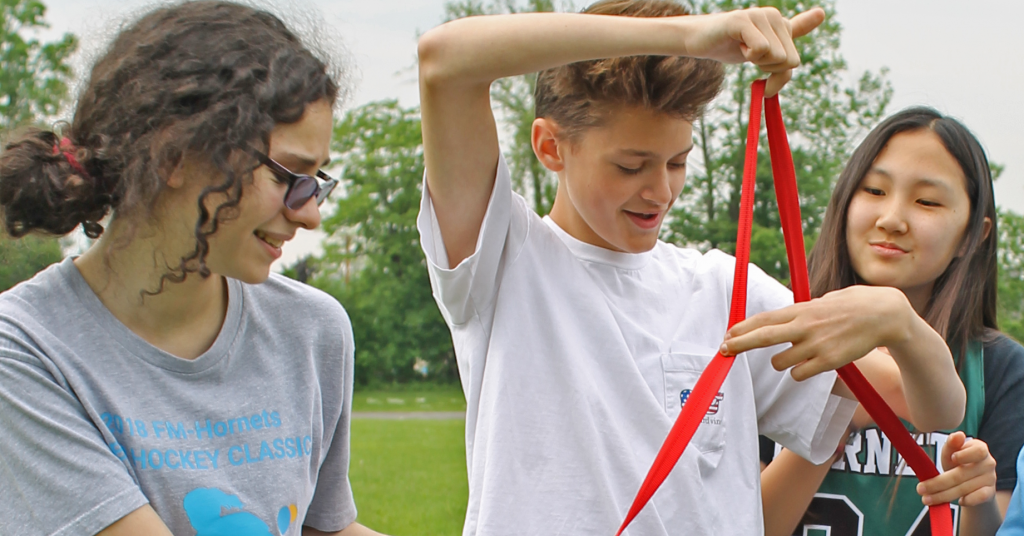 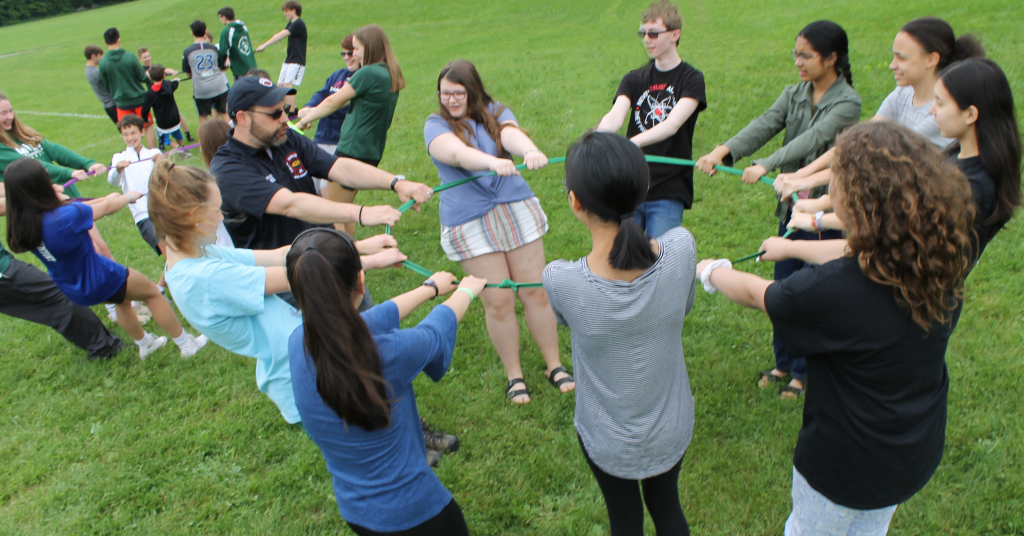 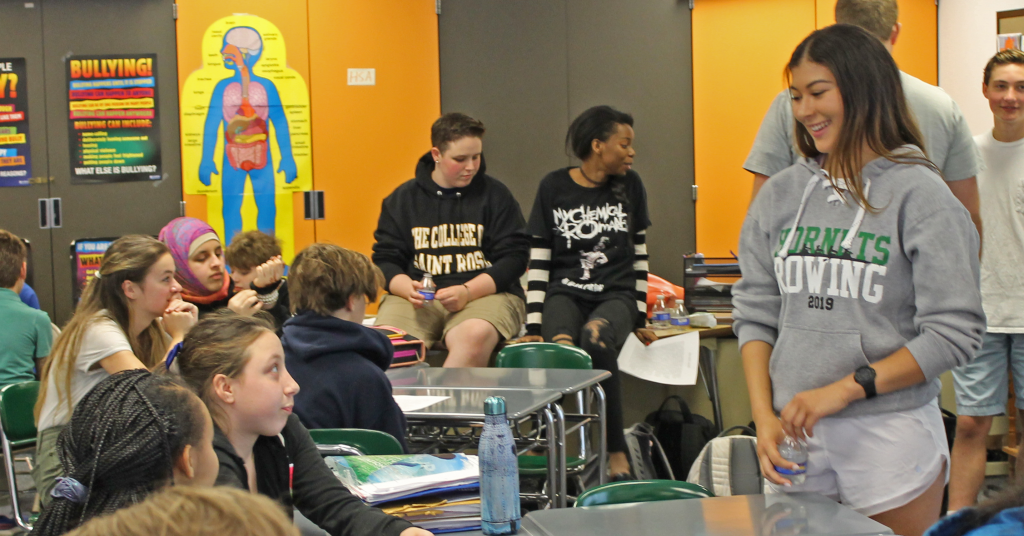