On average, that’s how many individuals will handle a portion of marijuana before it reaches the lowest end of the retail drug spectrum: a high school user, according to former U.S. Drug Enforcement Administration (DEA) Special Agent Robert Stutman.

On April 9, Mr. Stutman visited Fayetteville-Manlius High School where he talked candidly to students, parents and community members about one of the country’s greatest health epidemics: prescription and illegal drug abuse.

“I’m not here to tell you not to do drugs,” Mr. Stutman told the student audience. “I’m here to encourage you to think about the choices you’re making.”

For 25 years, Mr. Stutman made a career as one of the country’s highest profile DEA agents and spent several years working in the field undercover. In the late 1980s, former Colombian drug kingpin Pablo Escobar offered $1 million bounty for the deceased body of any American drug enforcement agent, including Mr. Stutman.

Despite the target on his back, Mr. Stutman did not let the drug-running cartel – or Escobar – get in his way. He survived four assassination attempts and is considered to be one of the nation’s top experts on drugs. Now retired, Mr. Stutman speaks to nearly 40,000 students a year to help educate them about substance abuse.

During the student presentation at F-M, Mr. Stutman discussed the dangers of experimenting with marijuana, Benzodiazepines (specifically Xanax), and vaping oils, which are unregulated and often contain nicotine and cannabis. He said these substances are among the most abused by high school consumers.

“When someone gives you drugs – even if that someone is your best friend – it’s likely that what they’re giving you is not what they say it is,” Mr. Stutman said. “Drug transactions are like messages that are passed along in a game of telephone. The content gets altered as it circulates.”

When a show of hands indicated that nearly half of the student audience personally knew someone that’s consumed Psilocybin mushrooms, or “shrooms” for recreation, Mr. Stutman told students it’s likely that the individuals consumed something else.

“Before the high kicks in, the initial effect of ‘shrooms is nausea and vomiting,” he said. “I’d say, of the users you know, about 80 percent of them did not experience that and consumed a foreign substance that was disguised as ‘shrooms.”

He also discussed how drugs like cocaine are frequently cut and laced with a variety of different – and sometimes lethal – hidden ingredients. These “filler” substances can make up to 80 percent of the product sold.

“If you were in a science lab and saw a test tube filled with an unknown liquid, would you drink the liquid to determine what it is?” Mr. Stutman asked students. “Tell me, how is that any different than putting drugs into your body to see what happens?”

Mr. Stutman told students that despite knowing “more about drugs than anyone in the room” he visibly cannot tell the difference between rat poison and cocaine.

When the conversation shifted to focus on opioid abuse, Mr. Stutman shared with students that over-prescribing medication and misuse of prescription drugs is rampant in the U.S.

According to The Centers for Disease Control and Prevention (CDC), the percent of individuals taking at least one prescription drug increased by 50 percent between the years of 2007 and 2010.

“It only takes four uses to become dependent on a pill,” he said. “And only 20 percent of doctors warn patients about addiction risks when they prescribe opioids.”

At the end of his presentation, Mr. Stutman challenged students to be responsible, not only for themselves, but for other people, and to think about how decisions and choices have an impact not only on students’ own lives, but on the people around them.

“You’re in school to get ahead, succeed, compete and eventually obtain a good job,” Mr. Stutman asked students. “Why would you do anything to purposefully jeopardize that?” 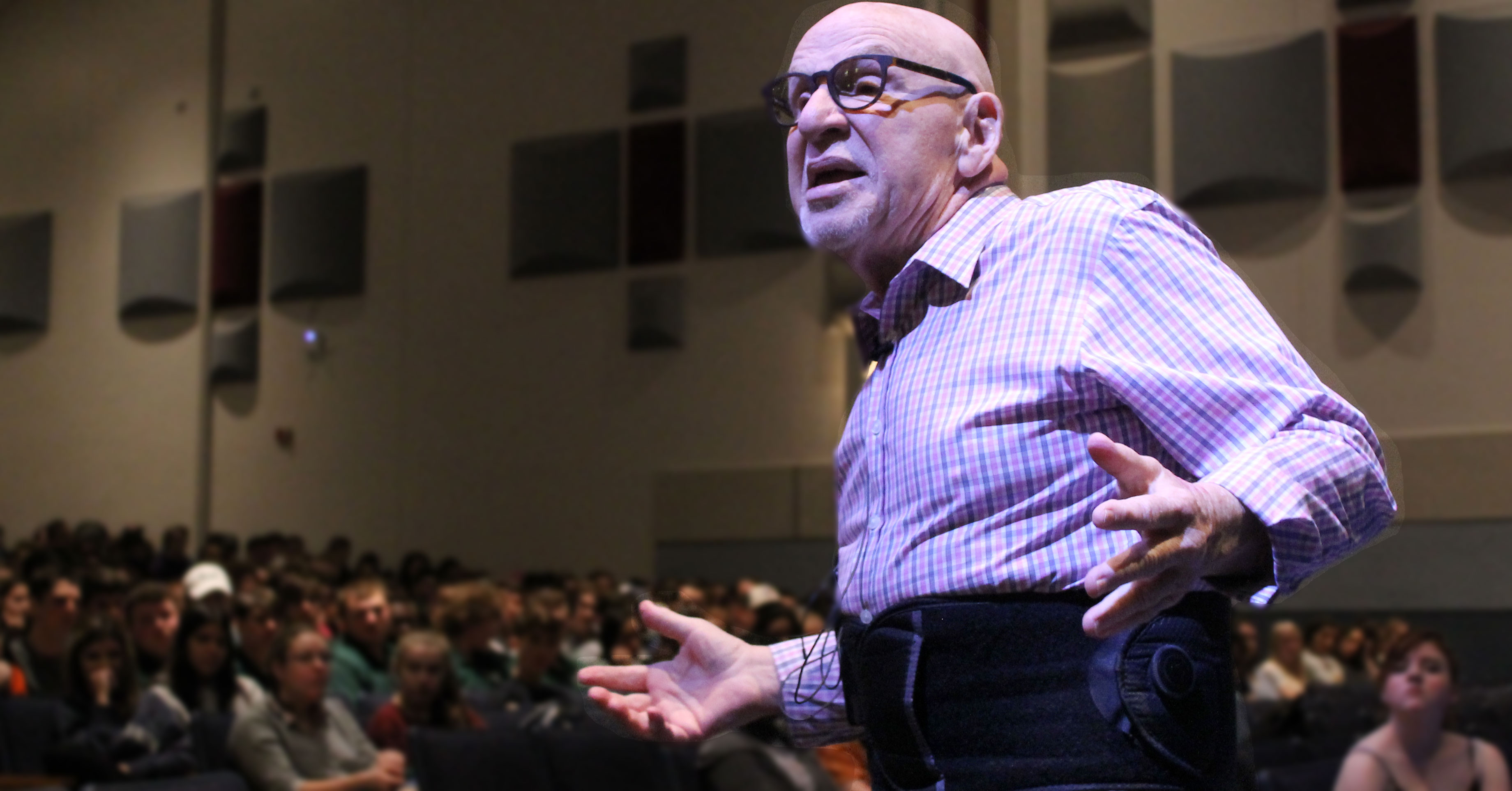