Members of Fayetteville-Manlius High School’s varsity wrestling team were recently recognized for the high levels of integrity and sportsmanship they exhibited during this school year’s season.

On Feb. 9, Syracuse Wrestling Officials Association presented the F-M team and its coaches with the 2018-19 John Arcaro Memorial Sportsmanship Award. The association presents the award each year to a Central New York wrestling team that demonstrates the highest standards of good sportsmanship through the actions of its administrators, coaches, wrestlers and fans.

The 2018-19 F-M wrestling team is comprised of the following student-athletes: 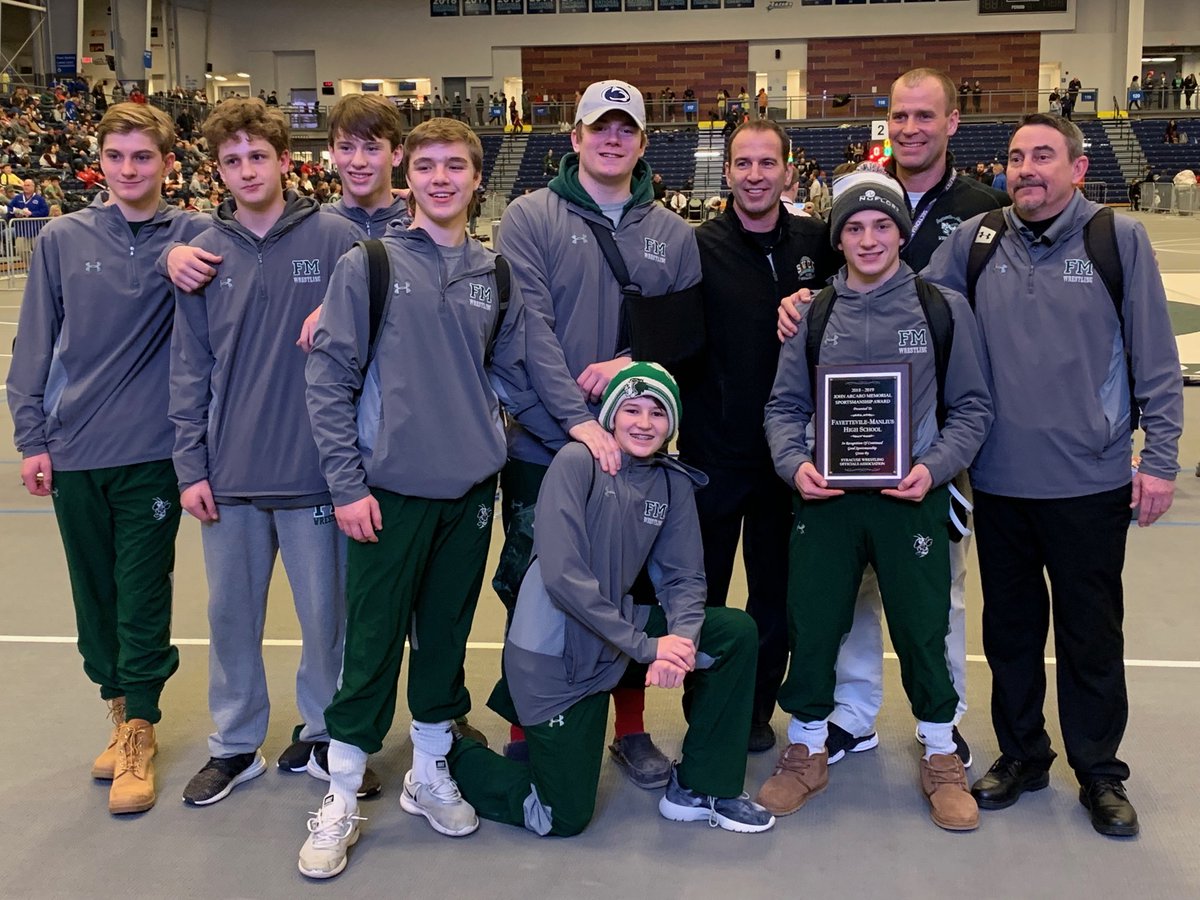