A group of Fayetteville-Manlius High School students is gearing up for the ultimate history test.

This spring, members of F-M’s History Bee & Bowl team will compete in the National History Bee & Bowl in and around Washington, D.C. The four-member group qualified for the national event following its second place finish at the regional competition, which was held earlier this month in Elma, NY.

During the Jan. 4 regional competition, sophomores Peilin Lu and Jason Porter received awards for how well they each performed in the competition’s individual round. Peilin was named New York state’s second-place finisher; Jason came in third.

F-M educator Ryan Aldrich advises the F-M club, which meets after school on a weekly basis. There is no prerequisite for joining the team, other than having a passion for history, according to Aldrich. 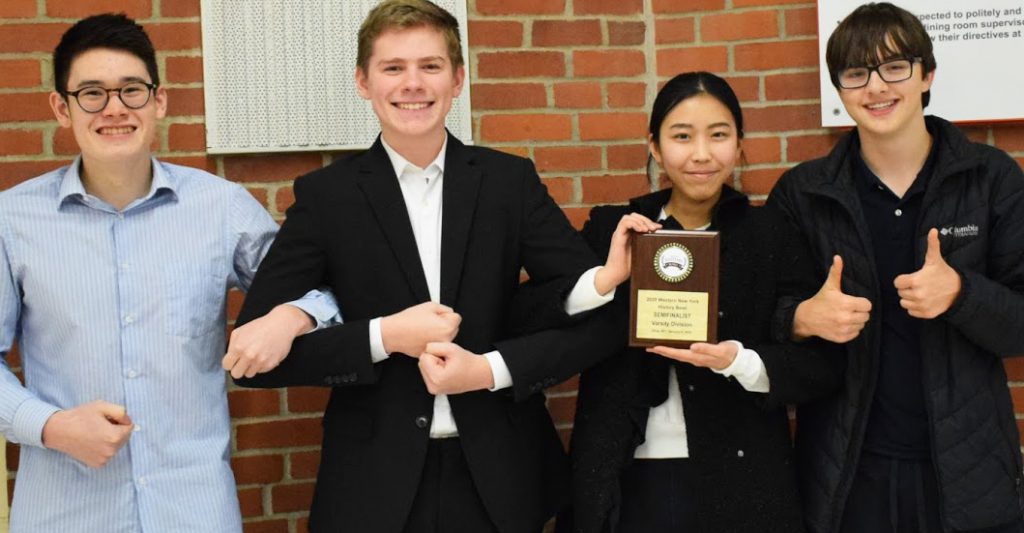