Fayetteville-Manlius High School math enthusiasts recently celebrated Pi – the mathematical constant defined as the ratio of a circle’s circumference to its diameter – with various activities and contests.

On March 14 (or 3.14), F-M High School’s mathematics department hosted an assembly featuring musical performances, a revised rendition of the game show “Family Feud,” a Rubik’s Cube tournament and a pi digit memorization contest. The special event is held each year to recognize the calendar date, which equates to the first three digits of pi (3.14159…).

Since pi is found in so many different equations in math, physics and other sciences, math enthusiasts consider it to be one of the most important mathematical constants. Pi has been calculated to more than one trillion digits beyond its decimal point, and it will continue infinitely without repetition or pattern, according to Live Science.

Students could purchase special Pi Day 2019 t-shirts in advance of the celebration. The shirts were designed by senior Massimo Giacona and freshman Jennifer Dong and all proceeds from the sale supported F-M Dance Marathon’s fundraising efforts for Camp Good Days and Special Times.

Traditionally, the special assembly begins and ends with pi-themed dance routines. Students wishing to participate in the dance troupes audition during an “American Pi-Dol” competition, which is held at school earlier in the year.

For the third year in a row, Judah and Daniel advanced to the final round. Daniel was again named the Rubik’s Cube champion, solving the puzzle in 20 seconds. Daniel’s name will be engraved on a special Rubik’s Cube trophy that is on display in the math wing.

Jack and Becca made it to the championship round, with each student verbally reciting a digit of pi. After 134 digits, Jack conceded and Becca was crowned this year’s winner. Her name will be engraved on a special Pi Day trophy, which will also remain on display in the school’s math wing. 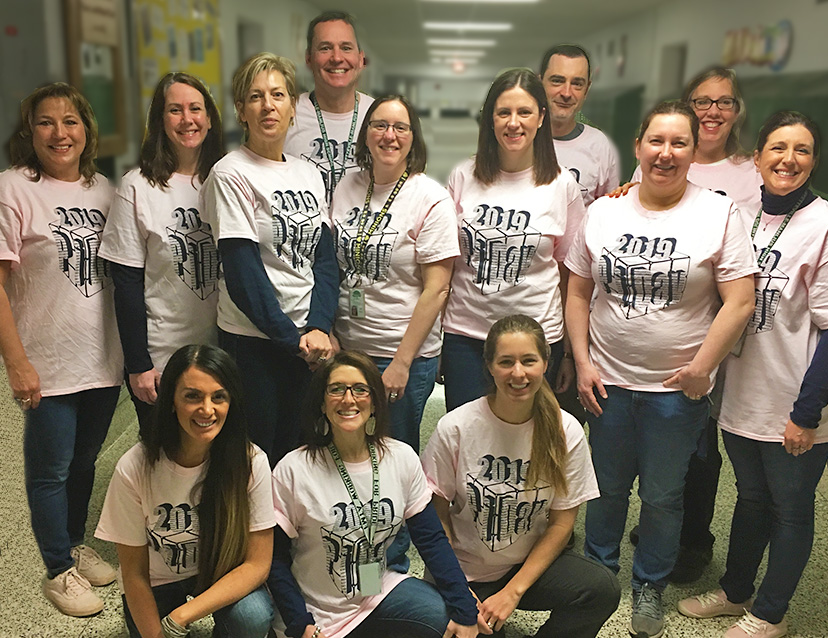 On March 14, members of Fayetteville-Manlius High School’s mathematics department gathered together for a photo to commemorate “Pi Day.” 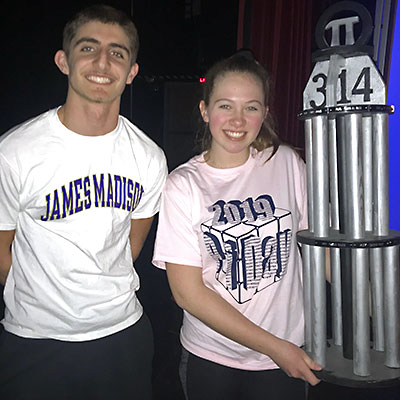 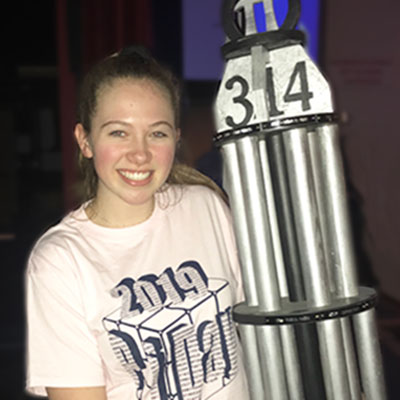 F-M’s math enthusiasts would like to thank the following businesses and people for their support of this year’s Pi Day celebration: