When children’s author Kate Messner visited the Fayetteville-Manlius School District in April, she made sure to bring along with her at least one of her (seven) writer’s notebooks.

“You just never know,” she told a group of Fayetteville Elementary School second-graders while holding up her chosen notebook for the day: a spiral bound pad wrapped in a turquoise cover. “I get ideas all of the time, but if I don’t write them down I might not remember them.”

On April 8-10, the award-winning author spent a day at each of F-M’s three elementary schools where she discussed writing techniques, story inspirations, and the book publishing process with students in kindergarten through fourth grade. Mrs. Messner is the author of several children’s books, including the “Ranger in Time” chapter book series about a time-traveling search and rescue dog.

Mrs. Messner told students that reading and writing started as a hobby long before it became her career.

“I loved reading and writing about sharks as a kid,” she said. “I was always very curious; a lot of times my curiosity drove my writing.”

Cheers erupted from a group of Mott Road Elementary School kindergarten students when the cover of Mrs. Messner’s picture book, “The Brilliant Deep: Rebuilding the World’s Coral Reefs”, was projected onto a screen during the author’s presentation.

Mrs. Messner told students “The Brilliant Deep” was a true reflection of her eagerness to learn about new things – and then write about them.

“We were on a family trip and traveling through Florida when I first saw the Coral Restoration Foundation building,” Mrs. Messner said. “My curiosity got the best of me. I yelled ‘stop the car!’ so I could go inside the building and check it out.”

Mrs. Messner wrote “The Brilliant Deep” – which is a science primer about coral, a biography of conservationist Ken Nedimyer, and a call to action for kids – after visiting and exploring the coral restoration organization’s headquarters located in Key Largo.

During her presentations at F-M, Mrs. Messner discussed how performing research is a large part of her pre-writing process and begins long before she puts a pen to paper.

“Especially for the ‘Ranger’ books, which require a lot of historic research, I usually begin the pre-writing process in the library,” she said. “I also visit museums, ancient sites, landmarks and cemeteries.”

The first book in Mrs. Messner’s “Marty McGuire” chapter book series, which chronicles the tales of a frog-chasing, mud-loving third-grader who gets cast as a princess in the school play, required a different kind of research.

“In that book, Marty, the main character, kisses a frog,” Mrs. Messner said. “So I kissed a frog to fully understand what it would be like. The frog was terrified.”

At the close of her presentations, the author answered students’ questions and revealed the title of her next ‘Ranger’ book, which is set to be released in June.

The following images were captured during author Kate Messner’s three-day visit to the Fayetteville-Manlius School District. 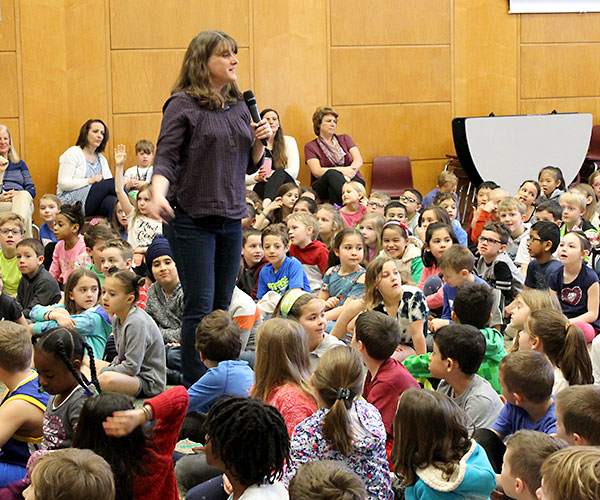 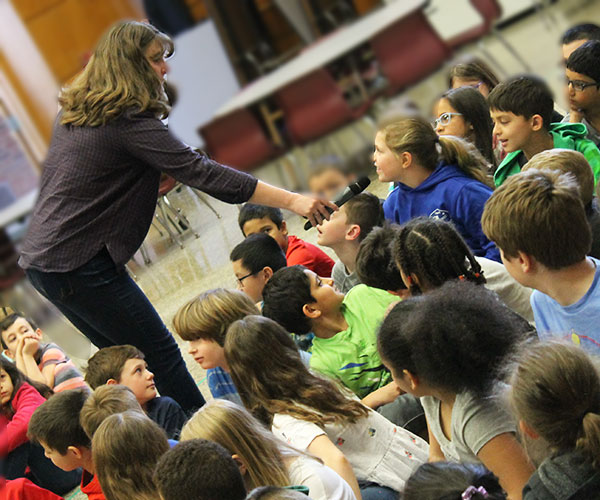 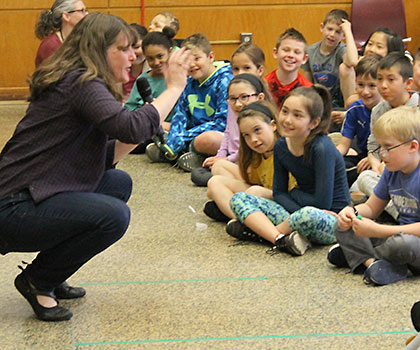 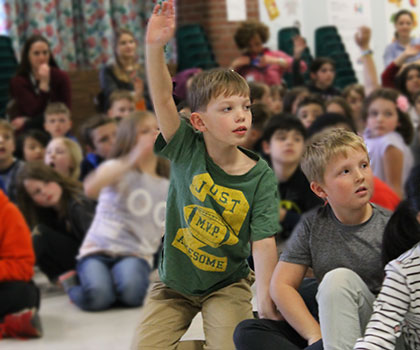 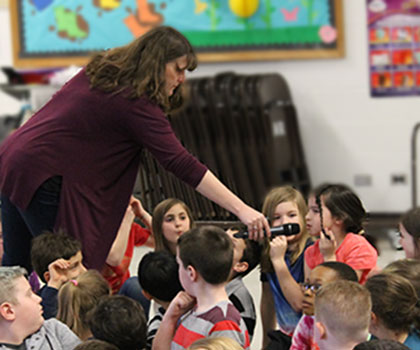 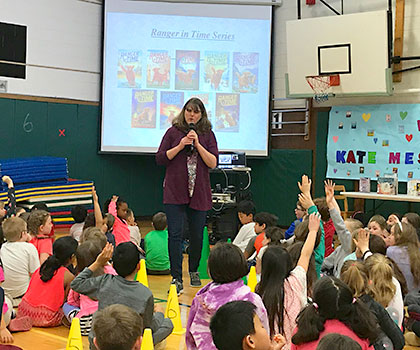 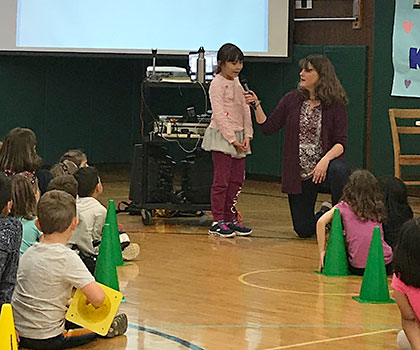